Since the start of Euro Nordic in 1999, the company developed to a well reputed and solid shipping- and liner agency in the Dutch and Belgian seaports. Besides the agency activities, Euro Nordic is well known as an all-round logistics service provider and specialised itself in total logistics concepts for the various markets.
Besides the typical liner agency tasks, the cooperation between Tailwind and Euro Nordic is focusing on facilitating and coordinating a smooth, reliable and efficient container flow to Tailwind’s customers.

Kees Groeneveld, CEO of Euro Nordic, is very pleased that Tailwind Shipping Lines selected Euro Nordic as their agent. Tailwind is a “dedicated niche carrier and that is a perfect match with Euro Nordics’ philosophy. A niche player is less interested in volumes but prioritise a solid reliability and value adding for the customers. That is exactly the ambition of both Tailwind and Euro Nordic.”

Mr. Jan Grossbruchhaus, Trade Manager at Tailwind Shipping, mentions that during the last couple of years too many shipments between China and Europe were heavily delayed as shipping lines continuously rolled the containers to next vessels. As a result of these serious delays, many products arrived too late in Europe for sales in the shops and had to be stored in warehouses. Also, industries had to reduce production as the delays resulted into a shortage of raw materials. Tailwind will focus on a limited number of customers with stable cargo flows between China and Europe, to whom Tailwind can offer guaranteed space and departures.

Tailwinds’ Panda service between China and Europe will be operated by 4 container vessels with a capacity of 5.000 TEU. As the vessel will only call three Chinese ports en three ports in Europe (Koper, Barcelona and Rotterdam), the Tailwind vessels will call Rotterdam every 16 days. With a transit time of 16 days, between the last Chinese port Da Chang Bay and Koper, the first port in Europe, this fast and reliable Tailwind service can be a solid alternative for the rail connections between China and Europe. The transit time for export cargo from Rotterdam to China will be 28 days only.

The Tailwind vessels will be calling the ECT Terminal at Rottterdam Maasvlakte. For a fast, sustainable, and efficient container flow, agreements have been made with EGS and West Brabant Corridor. (WBC). By using the fixed window arrangements for the WBC barges at the ECT Terminal, most of the Tailwind containers will leave the port within a few days for on-carriage to final inland destinations. 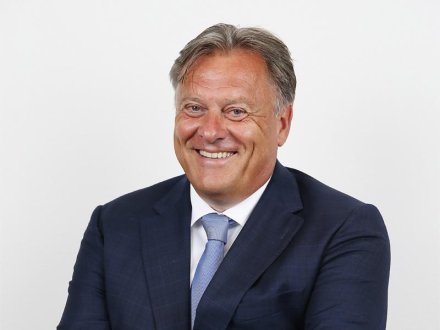